Curfew remained in force in some parts of Kashmir Valley, including Pampore and Kupwara towns, while restrictions on movement of people were imposed in the rest of the Valley today as the death toll in clashes between protestors and security forces climbed to 34. Authorities confirmed death of seven more persons in the clashes that erupted Friday evening following killing of Hizbul Mujahideen commander Burhan Wani in an encounter. “The death toll now is 34 including a policeman who was killed in mob violence.It also includes one civilian who succumbed to injuries at SKIMS Hospital this morning,” a police official said. 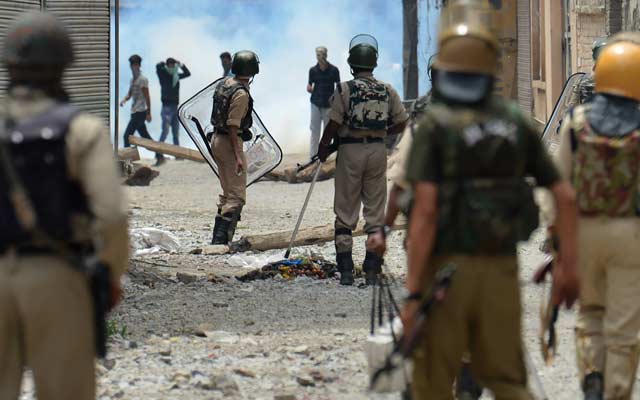 Mushtaq Ahmad Dar was injured on Saturday at Khudwani in Kulgam district and succumbed this morning. He said most of the deaths had occurred on Saturday when mobs attacked police and other security installations in south Kashmir but all the deaths could not be accounted for as the situation did not allow the law enforcing agencies to gather information. Yesterday, Divisional Commissioner Kashmir Asgar Samoon had said the civilian death toll in the clashes was 22. According to the latest figures available, most deaths have taken place in Anantnag district (16) followed by Kulgam (eight), Shopian (five), Pulwama (three), Srinagar and Kupwara (one each). 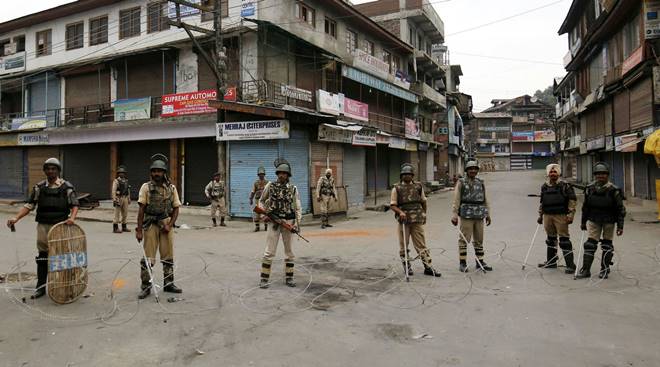 Curfew continued in some parts of the Valley including Pampore town, Kupwara town and Anantnag while restrictions on movement of people were imposed in rest of the Valley, the official said. Normal life remained affected for the fifth consecutive day today due to a strike called by separatist groups to protest the civilian killings in the clashes with security forces. Shops and business establishments remained closed while public and private transport remained off roads due to the strike. Mobile Internet and train services are still suspended while mobile telephony has been snapped in Kupwara area following the death of a youth during protests yesterday. Mobile telephony is partially suspended in south Kashmir’s four districts.

Ahmedabad: pregnant cow was lying on road in pain in Bhulabhaipark

In Ahmedabad, in Bhulabhaipark area near Navyug Society one pregnant cow was lying on road in pain. No civic authority, NGO, charitable minded people or cattle rearer has bothered to take cow to hospital or doctor for her rescue and relieve her of pain of pregnancy. The cow is mercilessly lying on the roads under […]

Today in Ahmedabad, one 23 year old girl resident of Krushnanagar Police Station lodged complaint in Krushnanagar police station against Ronak Rameshbhai Patel. Ronak and his friend Nikul forcefully got married at Ghee Kanta Court and took girl to Ramos village in Sabarkantha and sexually exploited her. PSI HR Vaghela is investigating the case for […]

In Ahmedabad, Classic Marble Company CMC, India’s leading manfacturer and distributer of high quality natural and engineered stone has declared its expansion plans in Gujarat. The number 1 stone company also launched a premium collection of KalingaStone and engineered stone range of marble and quartz, a range of lrage format porcelain tiles as its Ahmedabad […]