Karan Johar is all set for the Student Of The Year sequel and was asked about the cast of SoTy at a recent event for Kapoor & Sons too. It is already in the news that Shahid Kapoor‘s brother Ishaan Khattar (from his father Pankaj Kapur’s second union) and Saif Ali Khan‘s daughter Sara Ali Khan will be making their Bollywood debuts together. And now, their debut will be in none other than but SOTY 2, for which both star kids have started prepping up. 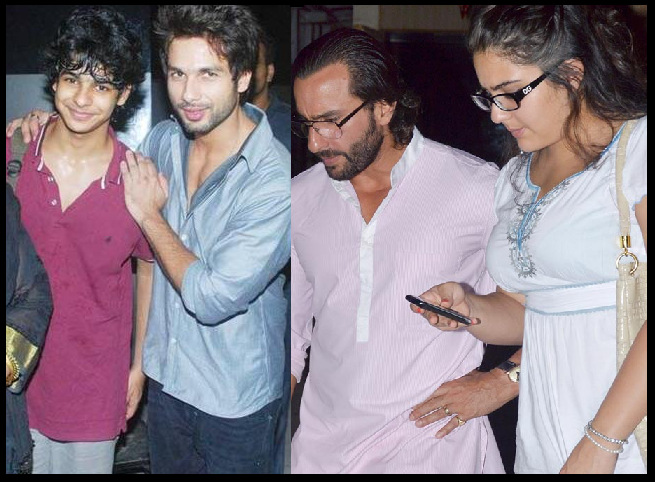 Meanwhile, Sara is now in abroad concluding together with her school and Ishaan is popular on social media sites owing to his dancing chops that are fine. He has worked as an assistant director in Shahid’s film Udta Punjab also starring Kareena Kapoor Khan, Alia Bhatt and Diljit Dosanjh. Shahid is actively involved in his kid brother’s grooming. He had even said in an earlier interview that he thinks Ishaan is a better dancer than he is. And well, that’s saying a lot.

Incident of theft in former Gujarat CM and Congress leader Shankersinh Vaghela’s bungalow in Gandhinagar has come to light. A complaint has been filed in Pethapur police station of a theft of Rs 3 lakhs at Vaghela’s residence Vasant Vagdo. FIR on Napalese servent has been made. As per source.

Today evening, after sad demise of His Holiness Param Pujya Pramukh Swami Maharaj of BAPS at the age of 95 years in Botad. Many national leaders including Prime Minister Narendra Modi and other dignitaries have expressed their condolences and paid tribute to a great and pious soul of Pramukh Swamiji. AAP chief and Delhi Chief […]