Pakistani censor board today gave a green signal to the release of Indian movie “Udta Punjab” here after suggesting more than “100 cuts” to remove “objectionable and anti-Pakistan” content from the film, which had already run afoul with Indian censors. “All 10-members of the CBFC have unanimously allowed ‘Udta Punjab’ to be released after editing objectionable content,” Mubashir Hasan, the Central Board of Film Censors (CBFC) head, told PTI. Hasan said almost every dialogue had offensive words so they asked for major cuts in the Punjab-set drug drama. “We have cut all derogatory and offensive words/dialogues and anti-Pakistan content from the film. More than 100 cuts, mutes, beeps have been suggested to the film’s distributor. 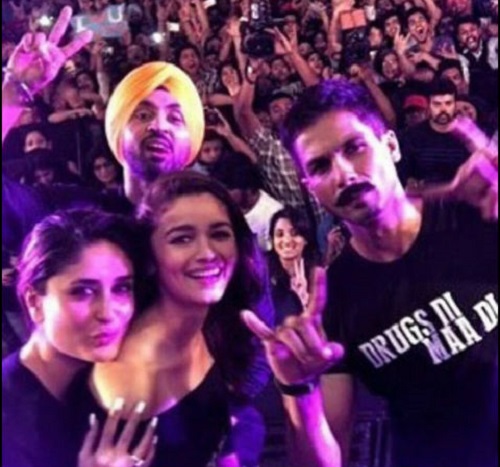 Once he will complete the editing as per the requirement of the board, it will again be presented before it for final approval,” Hasan said. The Abhishek Chaubey-directed movie, starring Bollywood A-listers Shahid Kapoor, Kareena Kapoor, Alia Bhatt and Punjabi star Diljit Dosanjh, had run into trouble with the Indian censor board which demanded 89 cuts from the movie. Not to ready to relent, the producers moved the Bombay High Court against the board to get their film cleared for its scheduled release on June 17 while also gathering support from Bollywood. The court passed the movie with just one cut and a revised disclaimer. 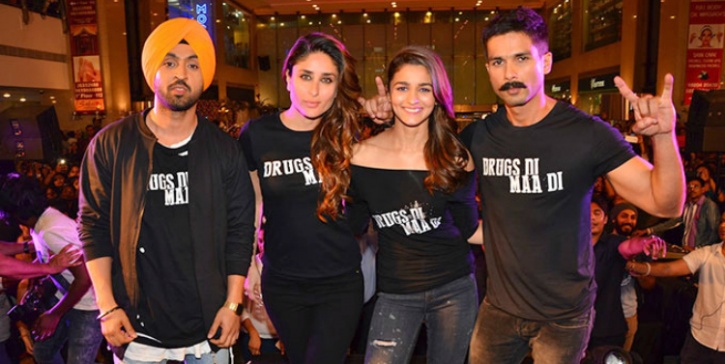 Earlier, the five-member panel of the board declined to pass ‘Udta Punjab’ for screening in Pakistan, citing objectionable content but Hasan said they later decided to give it conditional approval. “We had not banned this movie. On the appeal of the distributor the full board sat together today and gave conditional approval for its screening here,” Hasan said. He said the board never compromises on anti-Islam, anti-Pakistan and anti-society contents in a film and bans it forthwith. “‘Udta Punjab’ does not fall in that category. We have asked the distributor to delete those scenes which even slightly refer to Pakistan and words like ‘786’ (which refers to Bismillah) and words ‘Maryam’.” The film’s distributor is likely get the content edited in Dubai in a day or two before presenting it again before the CBFC for final approval. “Udta Punjab is likely to be screened across Pakistan this weekend,” the distributor said.

Ahmedabad: in Chandola Primary school teacher not arrested for molesting girls due to BJP connection

In Ahmedabad, a teacher of Primary School in Chandola has net yet been arrested for molesting 3 girl students. The teacher Digvijaysinh is a son of BJP partymen and influence with police is preventing him from arrest. Digvijaysinh is freely moving everywhere. No arrest has been made for 15 days. As per source.

Today help of NCB Narcotics Control Bureau of Mumbai and Delhi unit has been sought in connection with arrest of African person with drugs from Ahmedabad Railway Station. Addresses of African guy in India will be verified by NCB team. Details of his Visa status was obtained and it is being verified that he was […]

Megastar Amitabh Bachchan, brand ambassador of Gujarat tourism, is the Modi government’s first choice as the new face of its ‘Incredible India’ campaign after actor Aamir Khan ceased to be its mascot. “Amitabh Bachchan will be the first choice of the ministry for the job,” a Tourism Ministry source said, adding actors Akshay Kumar, Deepika […]